Expect to pay between $85 and $165 for a 1,000 square foot driveway. The price range depends on location - you will pay on the high-end if you live in a big city. Most driveway contractors charge a minimum - the price per square foot ranges from $.08 to $.16.

How Does Driveway Sealing Work?

Whether your driveway is concrete or asphalt, sealing it is an important part of keeping it looking like new for a long time. Asphalt driveway sealer, which sits on top of the driveway, acts as a barrier that prevents water, ice, car fluids, the sun, salt and other chemicals from staining and eating away at the surface of the driveway.

The frequency with which you should use driveway seal will vary based on your location. Homeowners in climates with cold, harsh winters and numerous freeze-thaw cycles will have to seal their driveways every one or two years. Those in much milder climates can probably do it as little as every four years.

You'll want to wait before you seal a new asphalt driveway until it's had time to cure, generally 90 days after installation.

What it Costs to Seal a Driveway Yourself

Sealing the driveway yourself will be cheaper than hiring a professional, but you're still going to have to fork over some cash to do the job right. It requires some basic tools, including a cleaning brush broom, gloves and a squeegee. Then you'll need to buy the chemicals: a cleaner to prepare the surface, a crack filler, and the sealer itself.

According to CostHelper, DIY supplies cost about about $50 to $200, depending on the driveway's condition and size. These material costs can vary wildly by region and year, so be sure to price your supplies at your local home improvement store before embarking on the job. Also, this price doesn't factor in any costs incurred from the time you'll spend doing the job, instead of other things.

Hiring a professional to seal a driveway can cost $200 to $500, or more, according to CostHelper.

The average cost for materials to seal a driveway in Chicago, Los Angeles and New York City is about 38 cents per square foot. Using that figure, it would cost about $190 for the materials to seal a 500 square foot driveway. However, the cost of installation isn't factored in that price, so the final price tag would be much higher.

How Much Does it Cost to Hire an Asphalt Sealcoating Company?

On the surface, hiring a professional to sealcoat your driveway is the more expensive option. Because material costs do vary between regions, it's impossible to nail down a single price for a professional job, but it will probably be from $50 to $100 more expensive per 1,000 square feet than doing the job yourself.

Angie's List members nationwide reported paying an average of $385 for a sealcoat job in 2013. This price will also be a little more expensive if a significant part of your driveway abuts objects because these areas will have to be done by hand instead of rolled, which greatly increases the amount of time the job will take.

On top of doing the job right, a driveway installer will know what products work best in your area, what sealers to avoid altogether, how to make sure the sealer doesn't pool accidentally and how often the driveway will need to be resealed.

For most people, the benefits of getting the job professionally done will far outweigh the savings generated by doing the job themselves. However, for homeowners on a really tight budget who already know how to seal a driveway properly, going it alone can save some money, especially on large driveways.

Just be aware of the hidden costs of not having the job done right, which include eventual driveway damage and having to reseal the driveway earlier than normal. 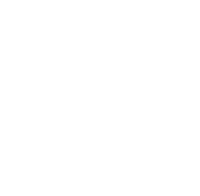